The key to achieving change

"The best time to plant a tree was twenty years ago. The next best time is today" Lao Tse
Organisations seem to spend weeks, months, years planning change. 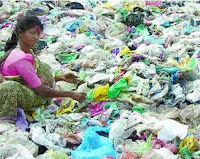 Here in Wales, our government has spent at least 18 months preparing to levy a charge on the purchase of single-use plastic carrier bags and has just announced that it will implement in 9 months.  I applaud the initiative, but I'm pretty confident that we have to get much much quicker at implementing change. Whether we're thinking environmentally or economically, we just don't have the luxury of time anymore!
OK, I accept that some things need very detailed programme and project management.  Big IT systems being the obvious example (although isn't it well evidenced that nine out of ten of these projects fail to deliver their intended outcomes despite all the planning?) I suppose I'm thinking of initiatives designed to change behaviour - whether it's re-using plastic bags or the subtleties of behaviour that accumulate to form an organisation's culture.


My 'Top Tip' for behaviour change is as follows:
The way to create change is to do something different
-Well there it is - 'bit obvious really!
"Do something different" is not the same as "talk about Change" (although talking is good too).  It's not the same as "write a strategy" or "produce a Managing Change procedure". Do something different means just that, - actually do something, - and do it as publicly as possible.
If you're the boss of a small or medium sized organisation, just doing stuff yourself might be enough.  People will notice, they will use you as an example of how to behave and your 'Do' you do will start to cascade through your organisation. (But do whatever you're doing consistently and genuinely, if you mess up just once, it will be noticed).
If you run a larger organisation, you might need to brief others to do the change too. The key influencers, whether they be your management team, the receptionist or that guy who's always there whenever there's a group of people having fun are your allies. You don't need to ask them to persuade others though, - just get them to do the Do.
If you're not the Big Boss and have less exposure, you might want to be a little more sneaky. Create a little 'geurrilla movement' of doers and get them to create little pockets of 'Do' around the place.  It takes a little longer but if you're doing 'Good Do' others will catch on.
Most of us seem to have this resistance to Do.  Is it just inertia, or perhaps it's learnt behaviour, - we've become defeated or found that stepping up is quite dangerous.
I find myself in a place where, as my own boss, I can do just about whatever I want. Yet I have a list of great things I want to do that has been hanging around for a year or more. Why haven't I got on with it?  The time will never be perfect, but does it need to be perfect?
(I've been thinking about writing this post for a couple of weeks now, but it didn't get any closer to becoming reality until I started typing!)
Next time I get a spare half hour (which will be over the next few days) I'm going to Do something on that list. The Do may not be perfect, it may not be as big as I really want, but 'behaviour breeds behaviour', so if I Do something, other Dos will follow!
Posted by Richard Andrews at 11:16

Richard Andrews
I'm the Managing Director of Corporate Instinct, a learning and organisational development consultancy based in South Wales. My work is founded on my belief that most organisations have yet to realise the full potential of their people, - and for those who seek to truely engage and liberate, there is a paradigm shift in both performance and happiness waiting to be realised! Visit my website at: www.corporateInstinct.co.uk

Really Chuffed to be Featured in Alltop!